So I woke up one day with this notification from Twitter… I’m nominated for the Sisterhood of the World Blogger Award by Melissa, from A Broken Backpack. It’s going to take me a week to get this sorted… And yep, so far I’m three days in haha. Update – yeah, it actually took over a week. Opps.

My first instinct was, “what? An award? I don’t even know if what I have constitutes a proper blog yet!?” But hey, this is getting me more involved in the community, so thanks heaps Melissa! What an awesome name by the way 🙂

I’m really not a comedian… My husband and I laugh a lot, wherever we go. But my favourite story is about almost missing the ferry from Santorini to Paros. We had it all organised (we thought), the rental car guy was going to be on the same ferry. He was going to pick us up on the way past.

We were sitting in the restaurant, admiring the view. We noticed a ferry coming in. The family at the Blu Rooms also noticed the ferry. They kindly pointed out this was our ferry. The onset of a panic attack started. We were kind of far from the port. It turns out the car rental guy forgot us. Hmmm. Blu Rooms organised us another ride.

Ten minutes later we were in a car, going way too slow. We got to the top of the cliff. We could see the ferry at arriving in the port. I somewhat relaxed. I thought to myself, it’s going to take a while for the ferry to unload it’ll be ok. Then about midway down the cliff, we realised the process was very efficient here, in less than two minutes the ferry was unloaded. The panic returned.

When we finally reached the drop off area, we bolted out the car. Rimaha asked me to go run, I took the day bag and his guitar, he had both our back packs. I’m running as fast as I can. With a good minute head start. He still over took me, he’s looking at me saying run faster. I can see the back of the ferry closing. The ropes being thrown off. I knew how much of an effort it was to get a ferry to tie up. My heart sank.

We arrived on the wharf and I dropped to my knees. I was in disbelief. A bit of despair. I begged the guy on the wharf to ask the captain to come back. Funny enough a group of Aussies had been waiting at a little restaurant. They had been watching the wrong ferry. They saw us running and realised they too were about to miss their boat. There were about ten of us, standing, wishing, hoping for the impossible.

The ferry was off… But it stopped. And reversed. And tied up. It came back for us. Luckiest day of travel ever. We will never be late again!! We got the stares, shame as! My husband still thinks it’s hilarious that he can run so much faster than me with about 30 kgs on his back!!

I started out using Seat 61. That gave me some great ideas for our first itinerary, travelling overland across Asia to Europe. You can read about that idea in Planning world family travel – Part 2. Now we are really keen to travel South America. So I’ve been reading South America Living and I was really inspired by this article, Colombia with Kids – A (Rolling) Backpackers Paradise.

I’ve been away from home, NZ since 2011. I’m lucky, my most important people are with me! And home isn’t too far from Australia… However it still took me three years before I went back. I miss the FOOD. NZ food is yummy. Australian food is bland. I miss my mum. And my grandparents. And not  worrying about snakes or poisonous spiders. But that is getting easier now!

I was lucky, my parents took me and my sisters overseas to Australia and the US when we were young. I don’t really believe I became addicted to travel until my husband and I visited Dubai, France, Spain and Greece in 2013. Since then I’d been trying to work out a way to take our kids with us everywhere!

My favourite person we met while travelling was Nastassa from Blu Rooms, Santorini, Greece.

On our 2013 trip, I discovered just how important travelling is. So did Rimaha. We also learned how small our tiny country New Zealand is!!

Rabbit is the strangest thing I’ve eaten so far… I’m a kiwi. So possibly other people don’t think rabbit is strange, but they might find eating raw fish strange. Raw fish is pretty normal in NZ so I can’t call that strange. Do I make sense?

Currently we are planning to go everywhere. Realistically, our next trip is likely to be either Blue Mountains, NSW or Dubbo, NSW… We are keeping it local this year!!

Honestly, I secretly wish it would write itself. I promised an hour tonight. So far I’m at an hour and a half and counting. Update: four days later and I’ve spent about 3 hours on this. Like wow man, who knew nominating people would take so long…

But seriously, I hope I can inspire other mums and dads who say, “I wish we could go around the world with our kids” to give it a go! I hope to someday meet a family who says, “we were inspired by your family”. That’d be satisfaction for me!

These are mum’s from the blogs that inspired (and continue to inspire) me to get this dream on the road:

The kiwi’s doing it 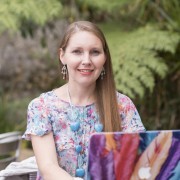 Melissa is the wife of Rimaha (yes, we are Kiwis) and mother to Noah, Aaliyah and Elijah. She's obsessed with writing books, learning, travelling and making online businesses (for herself, hubby and kids) work so she can live her dream of travelling the world with her children. She currently homeschools while preparing to create a passive income that will meet her family's needs for travelling. Melissa and her family currently reside in the beautiful Central Coast, NSW, Australia.

When a working mum blogs...

When a working mum blogs...   I started this blog because I really want to get into a good habit going BEFORE we leave. And it's also nice to start connecting with other family travellers. It makes the thought of travelling a lot less scary. I have tried really hard to spend at least three hours on it a week, quite often I spend a lot more. This ...

Melissa is the wife of Rimaha and the mother of Noah, Aaliyah and Elijah. She is an author and internet entrepreneur helping others to claim their freedom through business and alternative schooling!

Please log in again. The login page will open in a new tab. After logging in you can close it and return to this page.